How’s ThrowBack Thursday treating you this Black History Month? Anything from back in the day you want to share? Did you star in your second grade play as the tree? I mean, someone has to be the props and love it! I enjoyed being the artist creating those props, the amazing things you can do with newspaper, cotton balls and glue! I’ll tell you that later…

Nine more days left in this leaping month of Black History Month! That’s right, nine days! What did you do to honor Black History Month? Did you take it back by enjoying historical black cinema? In comparison to what our ancestors have had, there is so much out there to watch and take advantage of it all! I don’t know if you have an Amazon Fire Stick or not but they have a listed category of shows “Honoring Black History Month.” I’m looking through it, the array of shows date from the 1940’s until current day. Hit movies such as “42” the Jackie Robinson of the Brooklyn Dodgers story is in this list. Another great movie listed is “The Help” the story of the domestic staff who serve the wealthy told by a journalist. When I’m really in a mood I like to find movies which have a similar content, then what for differences. The Amazon list has maybe three movies based on interracial couples. Being the “product” of an interracial marriage, myself, I sometimes enjoy watching those movies to see what it may have been like for my parents. My mother, an African American & Asian woman from the South living in the big city and my father, a Nanticoke (Native American Tribe) blue-eyed Italian man – the looks I’m sure they endured.

Watching movies such as “Loving,” “Guess Who’s Coming to Dinner,” or the 1968 “The Story of a Three-Day Pass…” oh, the controversy! What a storyline but how relevant is it in the 21st century? Don’t we view today’s “stars” and say “well, he’s cute but he’s married to a white woman!” We make those remarks stating “she’s with a white man, didn’t stick to her own people!” In light of Kobe Bryant’s unfortunate death, I’ve heard people say how devastating his untimely passing is however some couldn’t go without mentioning the color of his wife’s skin. Intriguing grief.

The 1967 movie “Guess Who’s Coming to Dinner” debut around the time of Malcolm X’s assassination, Kwanzaa was just being established by Karenga, the Black Panther Party was just founded, and Constance Baker Motley became the first African American woman to be a Federal Judge! Moves were being made, acceptance is here and happening! Give it a prayer! Guess who’s bringing the peach cobbler to all these events? The United States Supreme Court is serving it, HOT! The U. S. Supreme Court rules that STATES cannot, I repeat cannot, ban interracial marriage in the “Loving v. Virginia” case. The Loving’s were sentences to a year in jail due to their interracial marriage and get this, if the couple agreed to leave Virginia, stay away for 25 years – their year in jail would be suspended! Well, the Loving’s said court, dear I hearsay appeal this ruling in court and court they go! Under the Fourteenth Amendment, the Court found this decision to be a violation of law under the Equal Protection Clause! No, film friends, I have not watched the “Loving” movie yet but today I shall. Instead, I have located the court recording from the 1967 trial! Much more thrilling and real to hear the actual litigation. Make sure you listen in on this historical trial. 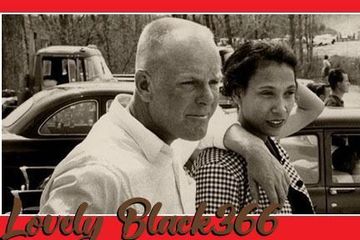 …And one or three more Black History Month fact: Thurgood Marshall becomes the first African-American to serve on the United States Supreme Court! That’s 1967 for you! Then here come 1968: The 1968 Civil Rights Act is established by Congress, banning discrimination in housing sales and rentals and &nbsp;Afro hairstyle becomes popularized throughout the United States! And again the 1968 movie debut of “The Story of a Three-Day Pass” releases! Go head now, pop the popcorn, hit the lights and turn on Black Cinema & History – not just now but all year round!