Maryam’s Mark & Co.  LLC, owner, Maryam Muhammad is a skilled fine artist who accompanied her talents with technical skills. Muhammad, at around age 7, started to sketch objects around the house and in school, keeping her craft a secret. During a school writing project, Muhammad added a sketch to her story, allowing her teacher, peers and now, her parents to learn of her hidden talents as an artist – drawing a sketch which was mimicking a newspaper design and a pencil sketch of large scaled furry cat. From then on, she and her father found countless art and technology programs for Muhammad to attend. Keeping in the arts, Muhammad has a certification in Fine Arts, a Bachelors Degree in Graphic Design and is currently pursuing her Master in Education in the Business of Information Technology from Temple University. 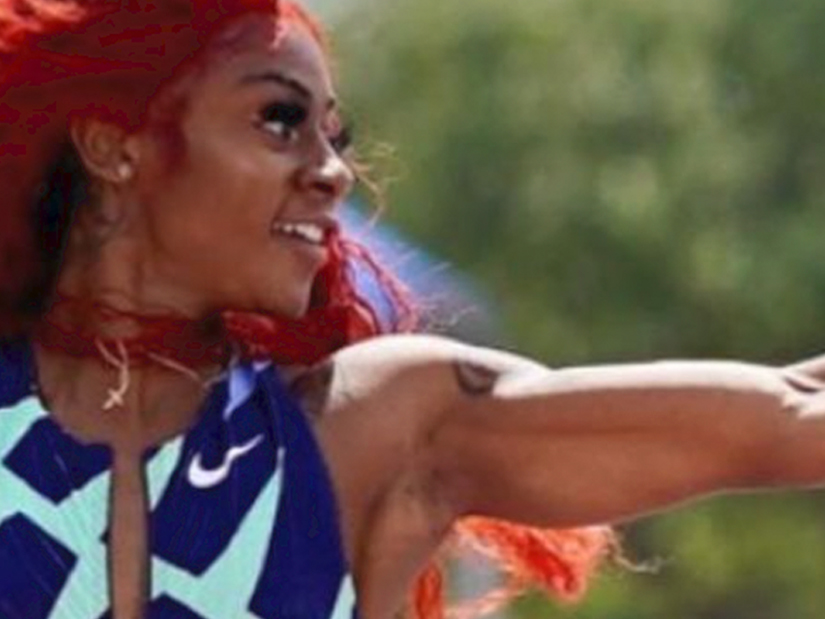 ONE LADY'S DETERMINATION TO "STAY THE PENCIL SHARP"

From your city, in your city. Creating artistry around your town, where art matters, business to business, business to consumer – offering value from a stand point that you need to view.

Did you get a chance to view our gallery from the 2018 Art Showcase with Center for Emerging Visual Arts (CFEVA – POST) Take a peak at prior years.

POST 2020 was canceled and postponed to be held virtually during April 2021. Standby for video clips.

Historically, the artists represented in U.S. art museums have been predominantly male and Caucasian… All of these diversity efforts involve programs and people rather than collections. If museums find knowledge of staff and visitor demographics important for programming decisions, one might ask if demographics of the artists are important for collection decisions. Anecdotal evidence suggests that some museums are attempting to remediate low levels of diversity in their collections. For instance, in one field, the Art of the United States (U.S.), museums across the country have worked in recent years to incorporate art by women, African Americans, Latinxs, Asian Americans, and Native Americans into a narrative once dominated by white male artists. With such increased attention, it is now not unusual for these museums to compete with each other for major works of African American art.
(Read More: NCBI.gov) 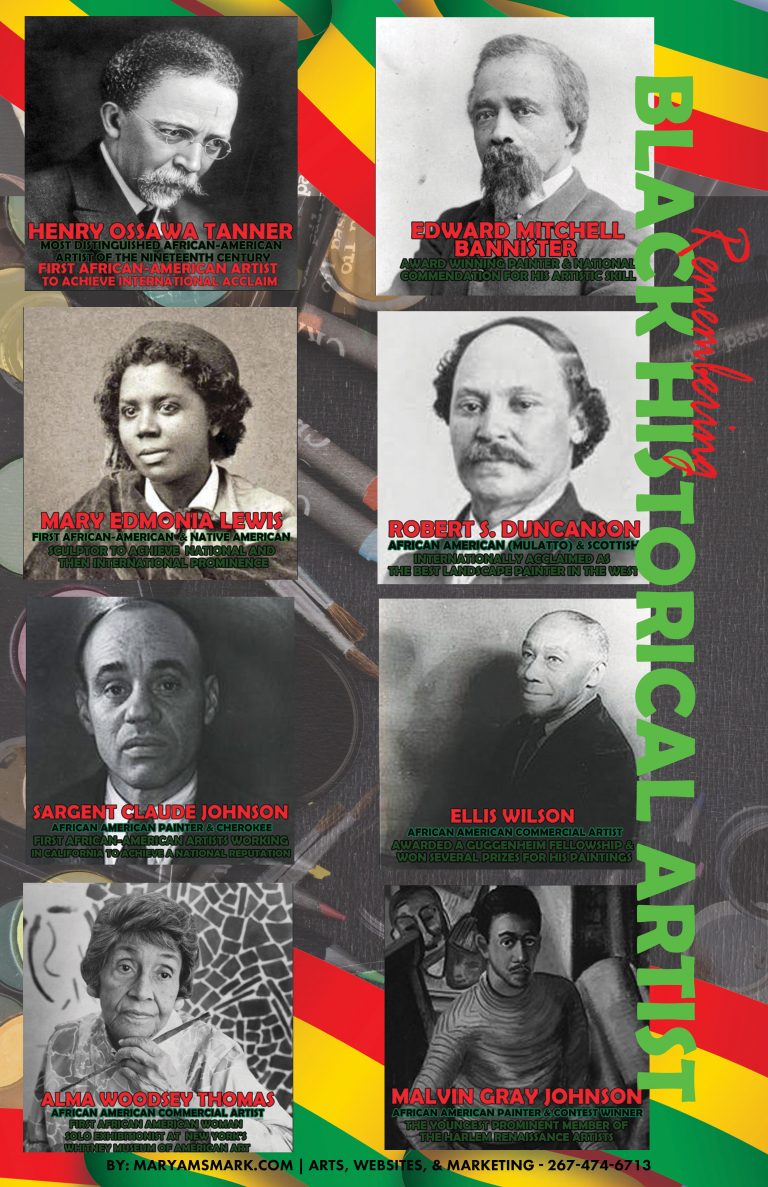 Ready to start a project?

Give it up for Janet Emerson Bashen! She techs that! Yes, Janet, a trailblazer…

Who? What you talking about Maryam?

Of course, I have to tell you all about her. You need to be introduced to this amazing woman, this outstanding inventor. Bashen is the first African American Female to hold a patent for a software invention. Yes, she is! Her – not him. Not a “his- story” this time. It’s her-story. Cheers and a high heels hooray for the lady! Bashen invented a web-based application solution for the Equal Employment Opportunity (EEO) compliance and case management software with a specialization on claims management and tracking. Originally she mentioned an idea to her then employer to hire independent investigators, but they brushed her off. Feeling unsettled, she discussed her vision with her mother. After sharing her views, Bashen decided to

move forward with her own organization. And with the financial assistance, a small investment from Bashen’s mother, the road to independence and entrepreneurship begun moving. Janet Bashen founded her own company “Bashen Corp” during 1994. After leading her own organization in the compliance, the epiphany came to create a better way to store the data.  Here comes the great invention. With the help of her cousin, Donnie Moore, Tufts University computer science graduate, Bashen developed “LinkLine.” Bashen patented her software during January 2006, only 14 years ago, making her the first African American woman to hold a patent for a software invention. Janet is known her work with equal employment opportunity and diversity and inclusion, Bashen is regarded as a social justice advocate.

Game it Up for Gerald Lawson

Have you ever heard of Gerald “Jerry” Lawson? Many hadn’t. The lost history of African American people massive.

Jerry was the first person to invent a game console with his team that could handle interchangeable video game cartridge. Working for Fairchild Semiconductor’s, Jerry initially worked in a different department – after some time in his first role he realized Fairchild had some work to do on their reputation and with he being one of the few African American’s in the gaming industry – he felt the need to take on putting an new face on that place. Taking an RV from what would seem to be normal to inventing a marketing spaceship hub on wheels was a great success for Jerry and the marketing department. During his spare time, Jerry created games with his friends, as one of two black members of the Homebrew Computing Club, a group that famously included Steve Jobs, Steve Wozniak and other Silicon Valley pioneers, anything was possible. Even then Jerry was very aware his position was unique for people of color. Jerry took steps to break barriers, not only for African-Americans but for marketing and game inventions. Although the Fairchild Channel F game console didn’t last as long to compete with Atria and Sega, the invention of the game cartridge opened new opportunities never imagined. Jerry’s invention was just the start to the grow the multi-billion gaming industry to what we view now. Help give the tribute to Gerald “Jerry” Lawson the way he deserves. During this month of February make his name go viral.

gave advice to other African American’s interested in game development and technology:

“First of all, get them to consider it [technical careers] in the first place. That’s key. Even considering the thing. They need to understand that they’re in a land by themselves. Don’t look for your buddies to be helpful, because they won’t be. You’ve gotta step away from the crowd and go do your own thing. You find a ground; cover it; it’s brand-new; you’re on your own — you’re an explorer. That’s about what it’s going to be like. Explore new vistas, new avenues, new ways — not relying on everyone else’s way to tell you which way to go, and how to go, and what you should be doing.”

The percentage of Black employees at major tech companies remains low: 2.9% at Salesforce, 3.8% at Facebook, 4.4% at Slack, 4.5% at Microsoft, and 6% at Twitter. Lyft and Uber’s work forces are 9% and 9.3% Black, respectively, but that skews heavily toward their lower-paid operations teams. Apple’s workforce is 9% Black, but that includes retail employees. Amazon, which employs nearly 800,000 people around the world, mostly in its low-wage warehouse and logistics jobs, has a workforce that’s 26.5% Black as a whole, but only 8.3% Black among managers.

Fewer than 1% of startup founders who receive venture funding are Black. And with few Black investors sitting on their boards, the percentage of Black top executives at major tech companies is even lower.